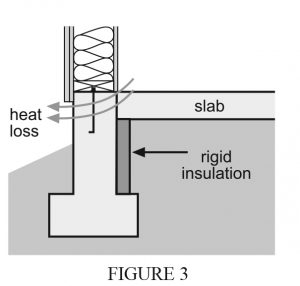 A substantial amount of heat is lost through an un-insulated slab, resulting in cold, uncomfortable floors.

Even if the foundation wall is insulated vertically under the slab (Figure 3), significant heat is still lost from the slab edge that is closest to the cold outside air.

Where and How to Install Perimeter Insulation

The insulation can be applied outside (Figure 4) or inside (Figure 5) the foundation wall to a depth of not less than 300 mm.

The insulation can also be placed vertically along the foundation wall (Figure 5) or horizontally under the slab (Figure 6).

Perimeter slab insulation can give termites access, so be sure to provide a termite shield (Figure 7). Some jurisdictions do not allow external insulation because the foundation must be visible for termite inspection. 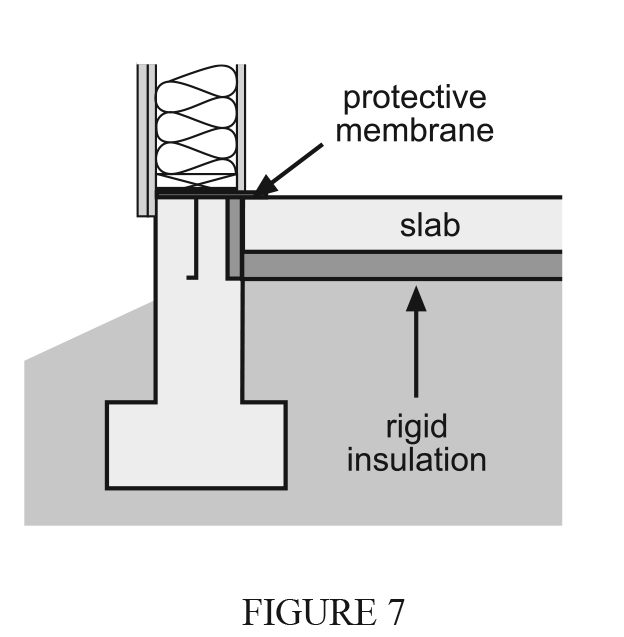 One option is to install the insulation inside the foundation wall and provide a protective membrane (termite shield) between the sill plate and foundation (Figure 6).

Typical methods of installation for EPS ﬂoor insulation for concrete ground ﬂoors are shown in Figure 6.

The concrete ﬂoor over which the EPS boards are to be laid should be left as long as possible to maximize drying out of moisture. The ﬂoor surface should be smooth and ﬂat to within 5 mm when measured with a 3 metre straight edge, e.g. when concrete is laid on site it should be in accordance with SANS 10109-1 Concrete ﬂoors Part 1: Bases to concrete ﬂoors.
Irregularities (up to 10 mm) may be levelled with mortar.

The EPS boards can also be used on a beam and block suspended concrete ﬂoor. The surface of the ﬂoor should be smooth and ﬂat to within 5 mm when measured with a 3 metre straight edge. Irregularities greater than this must be removed.

Where the EPS boards are used over ground-supported concrete ﬂoor slabs they should incorporate a suitable damp-proof membrane, in accordance with SANS 10021, to resist moisture from the ground. If a liquid type damp-proof membrane is applied to the slabs, it should be of a type compatible with expanded polystyrene and be allowed to dry out fully before laying the EPS boards.

Before installing the EPS boards, the ﬂoor should be inspected thoroughly for possible defects and its condition should meet the recommendations of SANS 10109 Part 2.

The surface of the ﬂoor should be smooth and ﬂat to within 5 mm when measured with a 3 metre straight-edge.

The EPS boards are cut to size, as necessary, and laid with closely butted, taped joints.

Perimeter edge pieces are cut and placed around the edges. A properly compacted screed of at least 65 mm is laid. The relevant clauses of SANS 10109 Part 2 will apply.

The selection of chipboard/particle board must be in accordance with SANS 50312. An expansion gap between the chipboard and the perimeter walls should be provided at the rate of 2 mm per metre run or a minimum of 10 mm, whichever is the greater.

Where there are long, uninterrupted lengths of ﬂoor, e.g. corridors, proprietary expansion joints should be installed at intervals on the basis of a 2 mm gap per metre run of chipboard. Before the chipboard panels are interlocked, either a PVA or mastic adhesive is applied to the joint.
Once the chipboard is laid, temporary wedges are inserted between the walls and the ﬂoor to maintain tight joints until the adhesive has set.

To prevent cold-bridging suitable compressible fller, e.g. pieces of expanded polystyrene, should be fitted around the perimeter of the ﬂoor between the chipboard and the walls when the wedges are removed and before the skirting boards are affixed.

Where there is a likelihood of regular water spillage, e.g. in rooms such as kitchens, bathrooms, shower and utility rooms, additional chipboard protection should be considered, for example a continuous ﬂexible vinyl sheet ﬂooring with welded joints and cove skirtings.

Perimeter edge pieces are cut and placed around the edges and taped at joints.

The concrete slab is laid to the required thickness 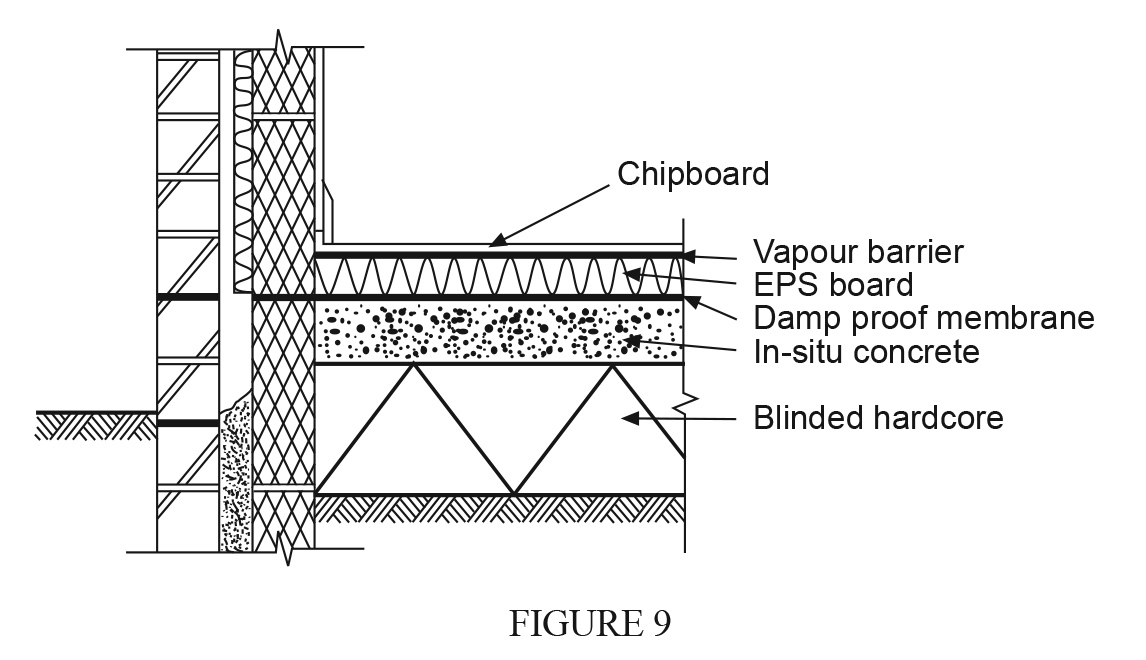 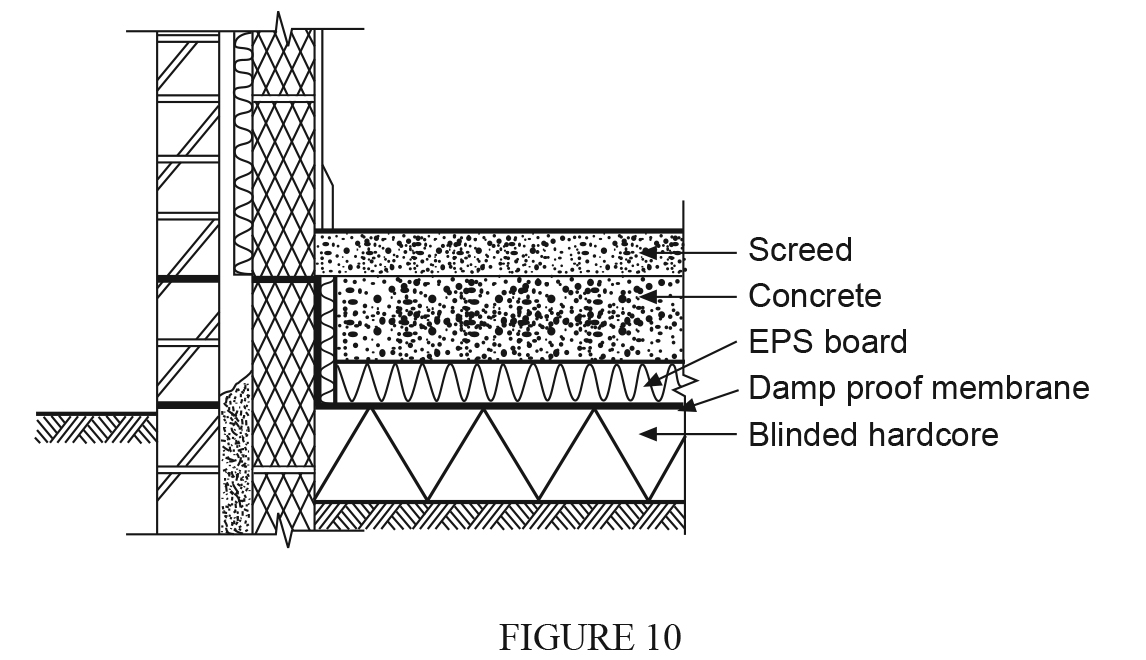 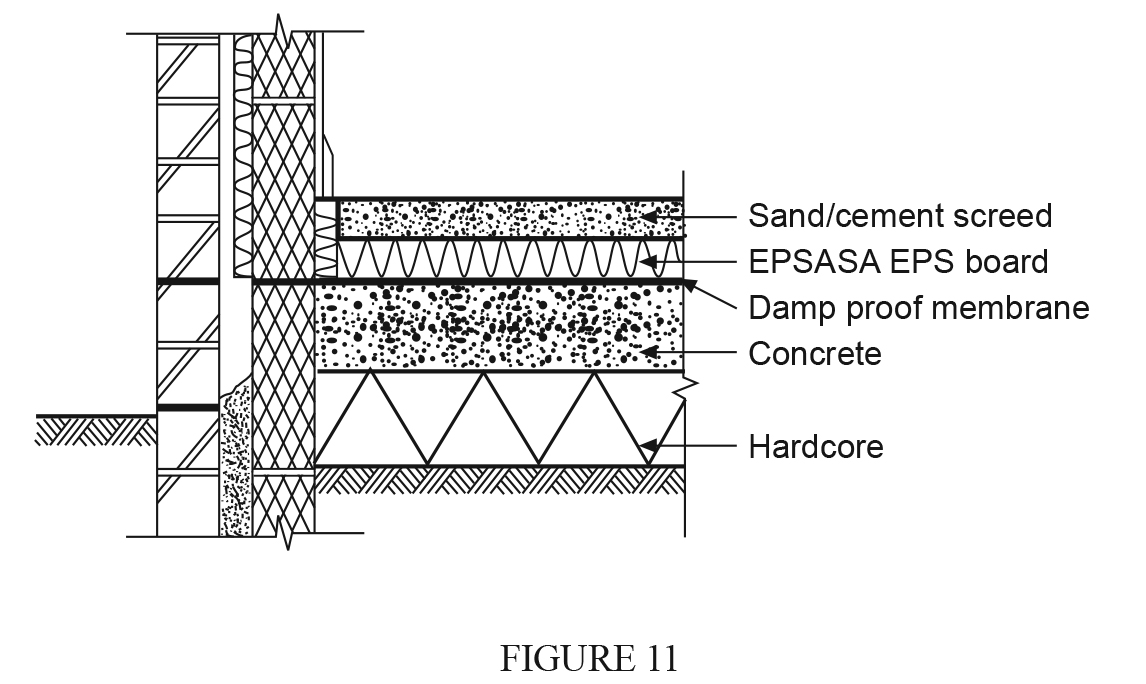 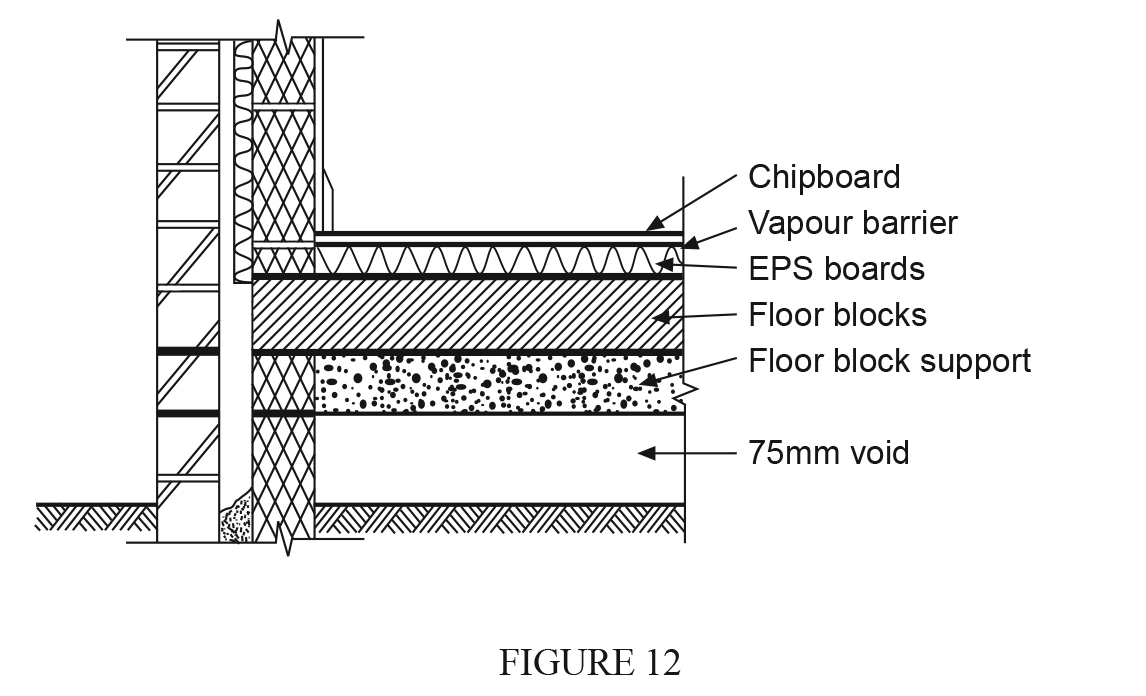 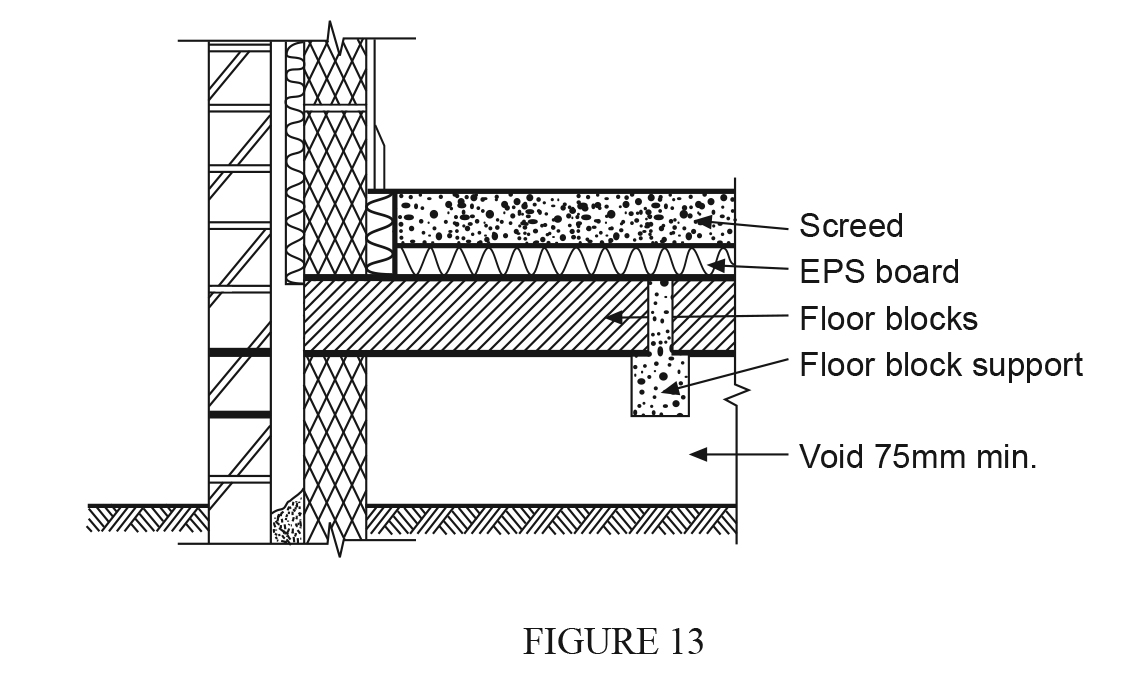 Polystyrene blocks are used in construction as permanent insulation in buildings. The blocks are energy efficient and ensure optimal insulation not only for walls of buildings, but also the roofs and even floors.

Expanded Polystyrene (EPS) insulation is effective in reducing the thermal transmittance (U-Value) of the walls of new and existing buildings.